How is fibromyalgia diagnosed?

There is no one definitive test for fibromyalgia. Rather, the diagnosis is made based on a combination of symptoms, medical history, and physical examination. In some cases, additional testing may be ordered to rule out other conditions with similar symptoms.

Fibromyalgia is often diagnosed by excluding other conditions that could cause similar symptoms. This process is known as differential diagnosis. Your doctor will likely start by taking your medical history and doing a physical examination. If there are no other obvious causes for your symptoms, you may be referred to a rheumatologist (a doctor who specializes in conditions that affect the joints and muscles) or another specialist for further evaluation.

To diagnose fibromyalgia, your doctor will likely:

– Take your medical history. Be prepared to answer questions about your symptoms, when they started, how long they last, how often they occur, and how severe they are. Your doctor will also want to know about any other medical conditions you have and any medications you take.

– Ask about your symptoms. It can be helpful to keep a journal of your symptoms before your appointment. Be sure to include how long each symptom lasts, how often it occurs, and how severe it is.

What are usually the first signs of fibromyalgia?

Fibromyalgia is a condition that causes widespread body pain and fatigue. The exact cause of fibromyalgia is unknown, but there are several theories about what may contribute to the development of the condition. Some research suggests that fibromyalgia may be the result of changes in the way the brain processes pain signals. There also appears to be a genetic link, as fibromyalgia is more common in people who have family members with the condition.

The most common symptom of fibromyalgia is widespread body pain that is often described as a deep ache or throbbing sensation. The pain is typically most intense in the areas known as tender points, which are located on the neck, shoulders, back, hips, and upper and lower extremities.

Other symptoms of fibromyalgia include fatigue, sleep disturbances, memory problems, and headaches. For some people, fibromyalgia can also cause jaw pain and digestive issues. Fibromyalgia pain symptoms can vary in intensity and may come and go over time. 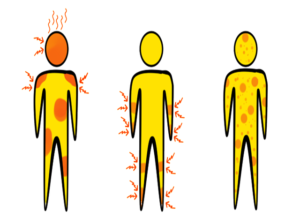 Fibromyalgia is a condition that affects approximately 2% of the population and is characterized by widespread musculoskeletal pain, fatigue, and cognitive difficulties. While the exact cause of fibromyalgia is unknown, it is thought to be a combination of genetic and environmental factors.

There is no cure for fibromyalgia, but there are treatments that can help to improve symptoms. These include both medications and lifestyle changes. Medications commonly used to treat fibromyalgia include antidepressants, anti-seizure drugs, and pain relievers. Fibromyalgia patients’ lifestyles must adapt to changes that may help to improve symptoms include exercise, relaxation techniques, and getting enough sleep.

Some patients also find that acupuncture or massage can be helpful. If you think you may have fibromyalgia, it is important to see your doctor for an accurate diagnosis and treatment plan. 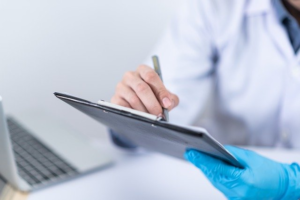 How is Fibromyalgia diagnosed

Fibromyalgia is a disorder that is characterized by widespread musculoskeletal and skin diseases, pain, fatigue, and tenderness in the joints, muscles, and tendons. The cause of fibromyalgia is unknown, but it is believed to be associated with a number of risk factors, including genetic predisposition, viral infections, and psychological stress. There is no specific test for fibromyalgia, but the diagnosis is typically made based on a comprehensive medical history and physical examination.

The American College of Rheumatology (ACR) has developed criteria for the diagnosis of fibromyalgia, which includes a self-reported history of widespread pain for more than three months and the presence of at least 11 out of 18 designated tender points on the body. In addition, patients must have no other underlying condition that could explain their symptoms. While there is no cure for fibromyalgia, a variety of treatments are available to help manage the symptoms. These include medication, exercise, and cognitive behavioral therapy.

Fibromyalgia is a complex condition that can be difficult to diagnose. There is no one specific test that can be used to diagnose the condition, and it is often mistaken for other conditions such as arthritis or chronic fatigue syndrome. Instead, diagnosis is typically based on a combination of symptoms and medical history. The American College of Rheumatology has established guidelines for diagnosing fibromyalgia, which require the presence of widespread pain for at least three months, plus either fatigue or sleep problems. A physical exam may also be conducted in order to rule out other potential causes of the symptoms. Ultimately, diagnosis is a process of exclusion, and professional medical advice should be sought in order to confirm a diagnosis of fibromyalgia.

Doctors diagnose fibromyalgia based on the presence of widespread pain in the body for more than three months, as well as other possible symptoms like fatigue, difficulty sleeping, and cognitive problems. doctors may also rule out other conditions that can cause similar symptoms, such as rheumatic diseases. In addition, doctors may consider whether patients have areas of tenderness in their bodies when making a diagnosis of fibromyalgia. cognitive symptoms may also be taken into account when diagnosing fibromyalgia, as patients with this condition often report problems with memory and concentration. Ultimately, doctors will consider all of these factors when making a diagnosis of fibromyalgia. 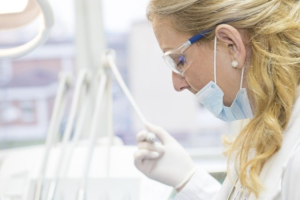 How does a doctor diagnose you for fibromyalgia?

Fibromyalgia is a complex condition that is often difficult to diagnose. There is no one definitive test for fibromyalgia, and the condition can often be mistaken for other conditions such as rheumatoid arthritis or chronic pain syndromes. The most important factor in diagnosing fibromyalgia is identifying a pattern of chronic pain and fatigue that lasts for more than three months. Other common diagnostic tests’ criteria include muscle tenderness, difficulty sleeping, and cognitive problems. To confirm a diagnosis of fibromyalgia, doctors will typically order a variety of tests to rule out other potential causes of the symptoms. Once other conditions have been ruled out, a diagnosis of fibromyalgia can be made based on the individual’s symptoms and medical history.

There is no single test to diagnose fibromyalgia, so doctors rely on a combination of symptoms, medical history, and physical examination to make a diagnosis. Many fibromyalgia patients experience pain and tenderness, as well as fatigue and sleep problems. Because these fibromyalgia symptoms can also be caused by other conditions, it is important to rule out other possibilities before making a fibromyalgia diagnosis. To do this, doctors may order blood tests or imaging studies to look for other conditions. They will also ask questions about your medical history and conduct a physical examination. If you have certain symptoms and there is no other explanation for them, your doctor may diagnose you with fibromyalgia.

Widespread pain due to rheumatoid arthritis

Rheumatoid arthritis (RA) is a painful and often debilitating condition that fibromyalgia affects millions of Americans. In addition to causing widespread pain and inflammation, RA can also lead to emotional stress and anxiety. This can in turn trigger a host of other health problems, including fibromyalgia, post traumatic stress disorder (PTSD), and chronic fatigue syndrome. While there is no cure for RA, there are treatments available that can help manage the pain and improve quality of life. With the right medical care and support, people with RA can lead full and active lives.

Fibromyalgia is a chronic condition that leads to widespread pain in the body. It can be difficult to diagnose, as there is no one definitive test for it. However, doctors will look for certain symptoms and ruling out other conditions before making a diagnosis. Treatment focuses on relieving symptoms and improving quality of life. There are a number of treatments available, and everyone’s experience with fibromyalgia is different. If you think you might have fibromyalgia, talk to your doctor about your options.